The discovery and development of antibiotics from microorganisms began with the serendipitous discovery of the antibiotic Penicillin produced by Penicillium notatum by Sir Alexander Fleming in 1928. This embarked the golden era of antibiotics wherein microorganisms from different geographic regions were screened for their bioactivities in the pharmaceutical industry as well as by academic research groups. Majority of the drugs discovered initially came from the academia, Selman A. Waksman and his group were the pioneers to establish the aminoglycoside class of antibiotics by screening actinomycetes (Streptomyces), at the Rutgers University, USA. This strategy was known as phenotypic screening wherein the microorganisms isolated from different ecological niche predominantly from soil, followed by isolation and characterization of the bioactive compound. Mode of action was studied in some cases and based on their preclinical data these were taken up for commercialization subject to successful completion of the clinical trials.

A paradigm shift in screening technologies of the bioactive compounds went on with advancement in biological sciences and molecular understanding of the life and disease mechanisms. The sequencing of human genome further enhanced the drug discovery process more rationally and serendipity was replaced by smart screening and modern research methods duly complemented by molecular, cellular as well as analytical techniques. However, majority of the drugs which are currently used are inspired from or semi-synthetic forms of natural products resourced from biological systems. It has been reported that ca. 40% of the 1453 New Chemical Entities (NCE’s) approved by USFDA are natural products, natural product inspired or mimics.

Thus it will not be out of scope to say that natural products are still alive and well in 2017, for the purpose of drug discovery and development. The exploration and pre-clinical evaluation of bioactive compounds from either plants/ microorganisms are primarily limited to small companies rather than the big R&D groups of pharmaceutical giants like Pfizer, Merck, BMS, Eli Lilly, and Bayer.

One of the major commercial successes was of Lovastatin, a fungal compound which was initially isolated from Monascusruber and subsequently from Aspergillus terreus. This was used an anti- hyperlipidemic agent for the prevention of cardiovascular problems. Lovastatin inhibited the HMGCoA-reductase enzyme responsible for biosynthesis of cholesterol a major driver of cardiovascular problems beyond normal biochemical range. Lovastatin was a blockbuster drug, however there was a scope of improvement in the inhibition potential of this parent compound which led to the development of semi-synthetic versions like Simvastatin, Fluvastatin, and Atorvastatin. Fingolimod (FTY, 720; Gilenya®) is another drug developed for Multiple Sclerosis (MS), an autoimmune disorder, which has been inspired from myriocin, a compound produced from the fungus Isariasinclairii. Similarly Echinocandins are new class of antifungal agents which are considered as “Penicillin’s of Anti-fungals”. These are semi-synthetic derivatives of fungal natural products viz. Caspofungin acetate (Cancidas®, Merck) was developed from pneumocandin Bo isolated from Glarealozoyensis;  (Mycamine®, Astella Pharma)which is a derived product of FR901379produced byColeophomaempetriand Anidulafungin which is a semi-synthetic product developed from Aspergillus nidulans.

Other fungal derived compounds which are under clinical trials are Antroquinonol A (Antrodiacamphorata) for Non-Small Cell Lung Cancer (NSCLC) and is supposed to be launched with an expected trade name of Hocena. PX-866 is a synthetic analog of Wortmannin initially isolated from Penicillium wortmanii and later from Fusarium torulosumwhich is being evaluated as an anti-tumor agent in the clinical trials. NPI-2358 is a semi-synthetic analogue of fungal diketopiperazine Phenylahistin, isolated from Aspergillus ustusand PPI-2458 and CKD-732 are analogs of Fumagillin isolated from Aspergillus nidulans which are under clinical trials for NSCLC.

Hence fungal derived compounds are playing a very important role in drug discovery and development in the pharmaceutical industry. However, a novel resource of bioactive compounds by academic research group came into limelight with the discovery of a novel fungus Taxomycesandreanae isolated from Yew (Taxus brevifolia) which was found to produce Taxol as an extrolite (extracellular secondary metabolite). This remarkable discovery by Dr. Andrea Sterile and Dr. Gary Strobel, from Montana State University, Bozeman (USA), around two decades back propelled isolation and screening of endophytic fungi from medicinal as well as non- medicinal plants by academic as well as industrial research groups. Fungi also exist inside the plants without any obvious indication of their existence and are referred to as endophytic fungi. These endophytic fungi are hyperdiverse in their nature and have a profound effect on the plant’s health status based on their chemical communication with the plant which is mediated by a variety of signal molecules. These signal molecules also exhibit chemical structural diversity and therefore can be explored for their development into new drug molecules. Another interesting feature of these organisms is to produce or mimic production of the phytochemicals/medicinal agents produced by the plant which may be attributed to their co-evolution with the host plant mediated by a horizontal gene transfer from the plant to the fungus. Thus they may be of immense importance for development for commercial production of plant based drugs too via fermentation route thereby making the process simpler and cost effective.

Why are endophytic fungi so different from their counterparts isolated from non-plant sources? Well this question is of immense importance since the chemical biology of the plant is responsible for their evolution and development to produce putative phytochemicals and also produce novel chemistries which could be exploited for the screening and development of new drugs. Hence endophytic fungi are extensively being screened by researchers in academia using phenotypic screening method as well as adopting target based rational methods. Today many promising endophytes producing important medicinal compounds such as Taxol, Podophyllotoxin, Huperzine, Camptothecin, Homoharringtonine, Vincristine, and Vinblastine have already been identified in the academic research groups as well as by the industry.

Recently culture extracts as well as isolated compounds from endophytic fungi have been subjected to screening for a different pharmacological activities such as anti-microbial, anti-cancer, anti-mycobacterial, anti-oxidant activities.  Recently Ascofuranone is a fungal bioactive compound which have been found to selectively inhibit alternative oxidases of Trypanosoma brucei (TAO) which is responsible for human African Trypanosomiasis (HAT), thus it has been identified as a pharmaceutical lead for drug development of anti- trypanosomal drugs. H. Saitamo and his colleagues (2013) from Japan have identified a pharmacophore of Ascofuranone which interacts with TAO and thus holds promise in the development of an anti-trypanosomal drug. Chloropestiloide A has been isolated from endophytic Pestalatiopsisfici which has been derived from stem of Camellia sinensis and found to inhibit replication of HIV-1 in C8166 cells. The chemical synthesis of Chloropestiloides has been undertaken so as to develop their analogs and could be evaluated for development of an anti-HIV drug. Wickerols have been identified as new inhibitor of influenza virus isolated from endophytic Trichoderma atroviridae S631 isolated from Cephalotaxus fortune. These are unique chemical structures as they are the first examples of 6-5-6-6 ring structures. A wide variety of bioactive compounds have been isolated from fungal endophytes which have been evaluated as new chemical entities needed for the development of new drugs with novel mechanisms.

It has been estimated that the diversity of the fungi to plants is in ratio of 10: 1 and hardly 1% of the total fungi have been explored, thus there is a huge scope in bio-prospecting endophytic fungi for novel chemical structures and activities. Both phenotypic as well as rational screening methods have been employed in screening these endophytic fungi to explore novel activities as well as compounds.

Academia is actively involved in the west in such explorations duly supported by small pharmaceutical groups which is turn are licensing many molecules for evaluation to the big pharmaceuticals. However, in India this is a less adopted approach and not many research groups are actually involved in isolation of the chemical entities responsible for different bioactivities.

My research orientation has been on “Science in service of mankind” and with this motto I ventured into bio-entrepreneurship, after over two decades of research experience and as a professor of biotechnology at Thapar Institute.  My own laboratory was one of the pioneer research group working in phenotypic as well as target-based screening.  At AGPHARM BIOINNOVATIONS LLP, we undertake phenotypic screening as well as target-based screening methods for exploring anti-microbial, anti-obesity agents apart from metabolic enzyme inhibitors which are responsible for life style diseases based on my experience.

You are free to write your views and comments to me at: sanjaisaxena@www.agpharmbioinnovations.com; sanjaibiotech@gmail.com 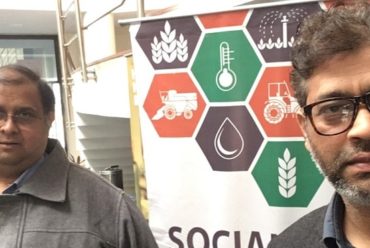 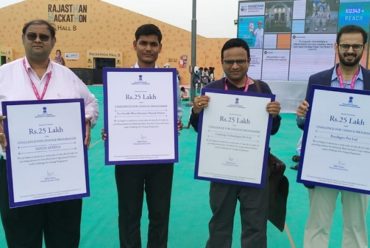 Holistic team rooted with innovation and technical expertise, along with market and execution capabilities